What People Say About In Limbo 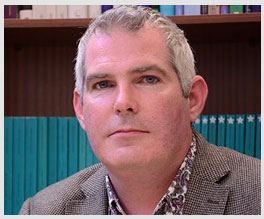 Professor of European Law and Jean Monnet Chair in EU Law, at the University of Liverpool

The uncertainty and anxiety – to say nothing of the public slander and private hostility – that millions of people have been forced to endure both before and especially since the 2016 referendum is, quite simply, a dark stain upon the moral conscience of this nation.

The In Limbo project offers crucial and moving testimony of the distress and cruelty visited upon ordinary people caught up in the march of post-truth populism.” 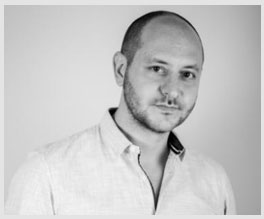 Journalist, Editor of Politics.co.uk. , Author of 'Brexit: What The Hell Happens Now'

In Limbo is a corrective to that. In their work, the rich, plural, passionate, committed voices of Europeans in the UK – and Brits in Europe – are finally heard, without mediation or self-interested spin. It is a living testament to the lives of those who have been brutally impacted by this process, but denied the chance to tell their story.” 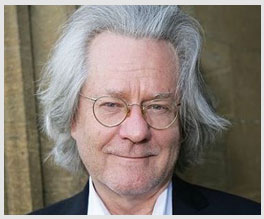 “In Limbo is doing very important work in speaking up about the awful situation that Brexit is imposing on #the5million. They deserve our applause and support: we are all EU citizens and the people represented by In Limbo are our friends, neighbours, family and kin”. 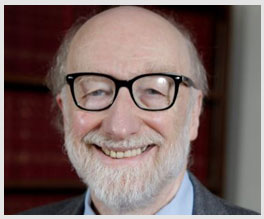 Lords Spokesperson for the North of England

” In Limbo Project is a shocking but so useful source of information for people like me who try to bring the problems to the attention of the Government, and hold them accountable for the future of EU27 and UK citizens who are being treated so badly as a result of Brexit. ” 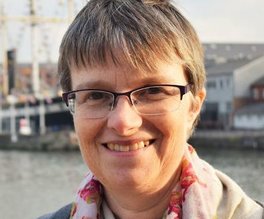 “Amid all the political controversies around proroguing parliament and the economic, social and environmental threats of a crash out Brexit it is easy to forget that first and foremost Brexit is a human tragedy.

And amongst these five million are individual stories of those whose lives have been plunged into anxiety or turmoil. The need to defend the rights of citizens across the EU is probably the most important reason to do all we can to stop Brexit.” 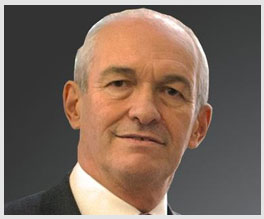 ” In Limbo is not another set of economic statistics- it shows how Brexit affects real people, throwing their lives into uncertainty and turmoil. “ 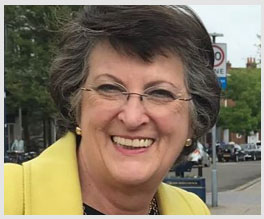 ” In 2012 I and the rest of the U.K. were celebrating our Olympic Games. We were a country proud in our skin, welcoming, confident and outward looking. It’s hardly possible to recognise us now.

How did we become so fearful of our friends and neighbours, our migrant workers, people with different accents -to such a degree that we voted to leave all that cooperation and free movement, to leave the most successful group of nations on the planet?

I believe the success of the Brexiteers, turning Brits into victims, fearful of ‘the other’ should warn all liberal democracies. It was too easy for them to peddle hate and fear whilst most of the country looked away. They won’t stop with the UK.

The work of supporting and aiding EU citizens who have found themselves ‘in Limbo’ after that disastrous referendum has been done by people who are often struggling with their own uncertain situations.

It has been wonderful and heart-warming to witness this. It is at times of difficulty that the best (and sadly sometimes the worst) of us come to the fore.

Well done to all of those involved with the InLimbo project. I wish your work was not necessary, but I’m so glad you are here to carry on the battle. “ 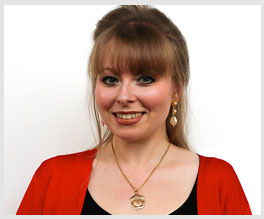 Member of the Welsh Assembly for South Wales East, AM Plaid Cymru

“One of the most distressing ways in which Brexit has affected our society is the crippling uncertainty it has placed on the lives of EU nationals living in the UK. First they were used as bargaining chips, and now they’ve been left in limbo, having to negotiate the settled status system without support.

EU nationals belong in this country. They’ve chosen to make their home here and I think that the way they’re being treated is shameful.

“The In Limbo project seeks to provide a virtual refuge, and an online community. I support it wholeheartedly.” 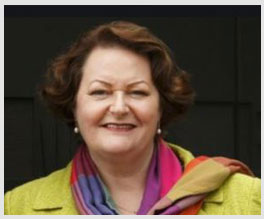 MP for Central Ayrshire, SNP Health spokesperson in the House of Commons

“Having worked in the Scottish NHS for over 30 years, I recognise the huge contribution EU citizens make to Scottish society – as our colleagues, neighbours and loved ones.

And with a German husband, I am well aware of the uncertainty #Brexit has created for EU citizens and their families.

In Limbo have let people know they are not alone and have provided emotional support and information to EU citizens at this awful time! It has also allowed people like me to say: you are welcome here – please stay!” 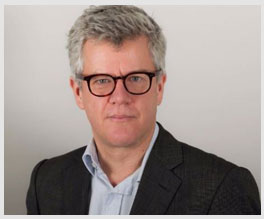 Founder and director of the Good Law Project

” It’s easy, with the forecasts and the backstops and the legal archaisms, to lose sight of the harm done to so many of our neighbours and our colleagues and our lovers. I am so grateful to In Limbo for reminding us that the real cost of Brexit, when all is said and done, must be counted in harm to human lives. “ 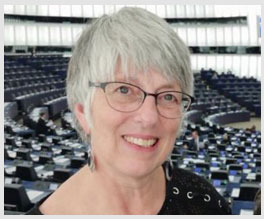 I have been trying not to read the In Limbo books because I know it will make me cry.

I hear these Brexit stories of distress, bewilderment and anxiety everyday in many different ways – in the emails people send me, in the meetings I attend, in the corridors and waiting areas of public buildings, on the train, on the radio, etc., and they resonate very strongly.

In January the In Limbo team were involved in a children’s rights event in Liverpool and for the first time children also gave their testimonies. It was heartbreaking.

Recently, I opened the book at a random page and read the words of Fr Graeme Richardson, an Anglican priest, “Leave was a vote against lives like ours, a good old English “F*** You”. The “baked cake” of modern Britain has been smashed.”

Summer is often full of cakes and so I have decided to read “In Limbo” in its entirety, although I will definitely need a lot of tissues. 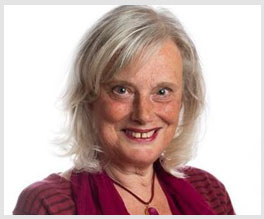 “In Limbo is a very special organisation that was specifically created for the purpose of mutual support of EU27 citizens in the UK who have found themselves in a situation of great uncertainty.

They have worked tirelessly to focus public attention on the plight of EU27 citizens, most particularly through their books IN LIMBO and In Limbo Too.

These books are composed of many heart rending witness statements of EU27 citizens about their situation and they illustrate the mental health impact of the Brexit reference on this group of people to perfection.

It is a sad fact of life in the UK today that In Limbo is a necessary and much needed organisation. It deserves full support from the public.” 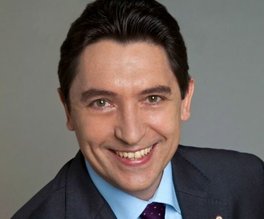 “In Limbo plunges you into the intimacy of individual dramas resulting from the Brexit announcement. This collection of first hand testimonies is a precious and poignant document. It has increased my determination to defend the rights of Europeans in the United Kingdom.” 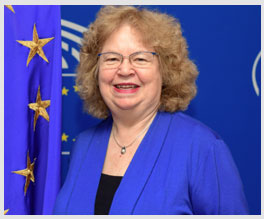 “In Limbo’ brings us face-to-face with the terrible human cost of the Referendum decision. It’s work is a constant reminder that governments need to protect people, not play with their lives” 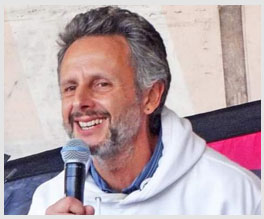 “You will never look at an EU citizen in the same way after reading this book.” 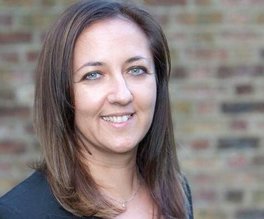 “A project on the human impact of Brexit, In Limbo reminds us that free movement in the European Union is not just about the economic rights of people moving across borders, but about cultural links, personal relationships, identity and, ultimately, citizenship.” 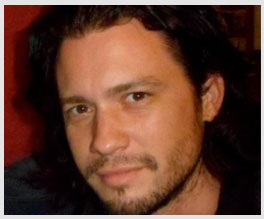 “This book describes the impact on their children, their relationships, their hopes and their sense of identity.” 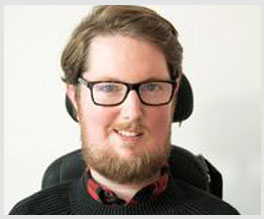 “Everybody should read this book and question what action can be taken to address the concerns outlined in the testimonials.” 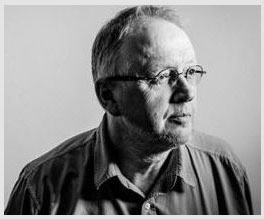 “In Limbo, in deed and in two excellent books, captures the real experiences, struggles and hopes of thousands of people whose lives are being upended by Brexit and its many toxic consequences.” 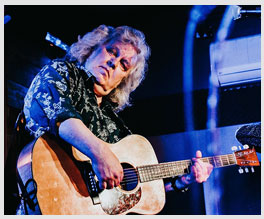 Writer/ Songwriter, Member of the In Limbo Facebook group

Every morning, another little story. Another cause for concern. Another cry for help.

None of these stories are in themselves particularly significant. But read them together and you hear a wail of collective anguish.

Because they had never applied they were not given a vote. Doesn’t matter how much they’d paid in tax over the years. How many of our children they’d educated. How many lives they’d helped save, in our hospitals. We didn’t give them a vote.

And yet now, in Parliament and in government and in the radio phone-ins and out on the streets, we continue to chant the mantra that the referendum result must be respected, the will of the people must be obeyed.”

* = All fields are required